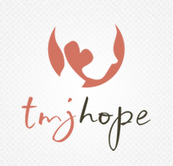 ADHESION- An adhesion is a band of scar tissue that binds together two anatomic surfaces which are normally separated from each other.

ANKYLOSIS–  Ankylosis refers to the partial or complete inability to open the mouth which results in functional and growth deformation of the mandible.

ANTERIOR DISC DISPLACEMENT WITHOUT REDUCTION – Dislocation of the disc away from its normal position to a position in front of the condyle.

ANTERIOR DISC DISPLACEMENT WITH REDUCTION – A condition similar to the above, however enough integrity of the ligaments is maintained, that the disc is repositioned normally over the condyle in certain positions of the mandible

ARTICULATE– To join or connect together loosely to allow motion between the parts.
To unite by forming a joint or joints.

ARTHROCENTESIS– TMJ arthrocentesis is a surgical procedure done on the temporomandibular (or jaw) joint.  It is considered a minor procedure, and is generally performed in the oral and maxillofacial surgeon’s office or in an outpatient surgical center.

ARTHROPLASTY– The arthroplasty, or sometimes called arthrotomy, is an open joint surgical procedure performed on the jaw joints under general anesthesia in the hospital. The incision is made similar to a face lift incision (along the ear), and the joint space is exposed for the surgeon to see. This allows for the removal of adhesion‘s, osteophytes (bone spurs), fibrous or bony ankylosis (fusion), tumors, etc. The surgeon can also repair the discs by suturing them into place or implant anything from a temporalis muscle graft to ribs.

ARTHROSCOPY– The arthroscopy is more involved and invasive than TMJ arthrocentesis. This procedure is almost always done in the outpatient facilities (or day surgery) at the hospital. A small scope (camera) is used to take a look inside the temporomandibular joint. Some surgeons will not only look inside, but may perform other procedures like suturing the discs in place, or removing loose scar tissue.

ARTICULAR EMINANCE RE-CONTOURING–Surgical procedure used to reshape the ball in the joint.

BALANCED OCCLUSION– Occlusion in which the teeth are in harmonious working relation.

BIOFEEDBACK– A method of treatment that uses monitors to feed back to patients physiological information that they may not be aware of. By watching the monitor patients can learn by trial and error how to adjust their thinking in order to control “involuntary” bodily processes such as blood pressure, temperature, and brain wave activity.

BRUXISM– Bruxism is the act of clenching and grinding teeth. This may be voluntary or involuntary. (subconsciously).

CAT SCAN– (Computed axial tomography). A type of x-ray which uses computer technology to generate a 3 dimensional model of the area being examined.

CEPHALOMETRIC XRAY– Also known as a ceph, it is a diagnostic radiograph used primarily for orthodontic treatment planning. It provides a view of the patient’s airways, which can help with suspected sleep apnea.

CHRONIC PAIN– Pain lasting 3 months or more, may come on slowly or suddenly.

CLASS I MALOCCLUSION- A malocclusion where you bite is ok (your top teeth line up with your bottom teeth), but your teeth are crooked, crowded or turned.

CLASS II MALOCCLUSION- A malocclusion where your upper teeth stick out past your lower teeth. This is also referred to as an “overbite” or “buck teeth”.

CLASS III MALOCCLUSION- A malocclusion where you lower teeth stick out past your upper teeth. This is also referred to as an “underbite”.

CONDYLE– a “ball” which fits into a socket

CREPITUS– A medical term to describe the grating, crackling or popping sounds and sensations experienced under the skin and joints. With or without associated pain.

DEGENERATIVE CHANGES– Break down and irregularities of bone.

DISC– Circular pieces of cushioning tissue situated between two bones. Each disc has a strong outer cover and a soft jelly-like filling.

DISCECTOMY– Surgical removal of a disc that cushions the joint.

DISC RECAPTURING DEVICE– An orthotic which is used to assist in repositioning the disc to its correct position above the condyle.

DISTAL– Away from the middle of the body.

ELECTROMYOGRAM (EMG)– A computerized system for determining electrical activity within specific muscles of the head, face, and neck.

EQUILIBRATION– Grinding down of a tooth surface to correct the bite. May need to be periodically redone or touched up to account for tooth wear and drifting.

FUNCTIONAL ORTHODONTICS- Functional orthodontics involves the use of custom-fabricated dental appliances and or braces to move the teeth into proper alignment in order to preserve the health of the temporomandibular joints and jaw muscles.

INTERNAL DERANGEMENT– Mechanical fault that interferes with the smooth action of temporomandibular joint. It is associated with a displaced disc, a dislocated jaw or injury to the condyle.

JOINT– A joint is the area where two bones are attached for the purpose of motion of body parts. A joint is usually formed of fibrous connective tissue and cartilage.

LEVATOR SCAPULAE MUSCLE- Skeletal muscle that is situated at the back and side of the neck. It’s main function is to lift the scapula or shoulder blade.

MALOCCLUSION– Misalignment of the upper and lower teeth when the jaw is closed and their surfaces come in contact. The condition may also be referred to as an irregular bite, crossbite, or overbite.

MANDIBLE– Bone of the lower jaw.

MASTICATORY ELEVATOR MUSCLES- The muscles which close the jaw

MASTICATORY MUSCLES– The muscles involved most directly in the function of chewing.

MEDIAL– Towards the middle of the body.

MYOFASCIAL RELEASE- A specialized massage technique employed to treat a variety of chronic disorders in which the muscle tissue is stretched and manipulated to relieve tension in the fascia. (the thin tissue covering the muscle fibers).

NIGHT GUARD- A device similar to a retainer which separates the teeth and often relaxes the muscles which position the jaw.

NSAID– Nonsteriodal anti-inflammatory drugs such as aspirin and ibuprofen which decrease pain and inflammation.

OCCIPITAL– Back of the head.

OCCLUSAL GUARD– Also known as a night guard or bite guard. A removable appliance designed to minimize or eliminate the damaging effects of clenching and or grinding (bruxism)

OCCLUSAL ORTHOTIC DEVICE– A mouth splint used to realign the teeth and reposition the jaw into a more functional position.

OCCLUSAL SURFACE- The chewing surface of the back teeth.

OCCLUSION- The science of the bite. The relation of the teeth of both jaws when in contact during activity of the mandible.

OPEN BITE- A malocclusion in which the teeth do not close or come together in the front of your mouth.

OPIATE– Any narcotic analgesic derived from the opium poppy, such as morphine.

ORAL AND MAXILLOFACIAL SURGEON- A dental specialist who manages the diagnosis and surgical treatment of diseases, injuries and deformities of the mouth and supporting structures. Requires 4 additional years of training after dental school.

ORTHOGNATHIC SURGERY-This is the type of major surgery which deals with the cause and treatment of malpositioning of the jaws. The surgery is usually carried out to alter the position of the dental arches and/ or the supporting structures, and is frequently done in combination with orthodontic treatment.

OSTEOARTHRITIS– A type of arthritis caused by inflammation, breakdown, and eventual loss of cartilage in the joints.

OSTEOGENESIS– The growth of new bone.

PANORAMIC XRAY- A large, single xray film that shows the entire bony structure of the teeth and face.

SCALENE MUSCLE- Any of the 3 muscles on each side of the neck that serve to bend and rotate the neck and that assist breathing by raising or fixing the first two ribs.

SPASM– A brief, automatic jerking movement. A muscle spasm can be quite painful with the muscle clenching tightly. Spasms in various types of tissue may be caused by stress, medication, over-exercise, or other factors.

SUBLUXATION– An incorrect movement or a position of bones resulting in abnormal and detrimental nerve pressure.

TEMPORAL BONE– A large irregular bone situated at the base and side of the skull. The temporal bone is connected with the mandible via the temporomandibular joint.

TEMPORALIS MUSCLE– A large facial muscle located near the temple.

TEMPORALIS MUSCLE GRAFT-  A surgical procedure where a piece of your  temporalis muscle is slid between the joint to prevent it from being bone on bone.

TEMPOROMANDIBULAR JOINT– The temporomandibular joint connects the lower jaw, called the mandible, to the temporal bone at the side of the head.

TEMPOROMANDIBULAR JOINT DISORDER– This is a catch all term for anyone who is having pain in their TMJ. It may be due to a tooth related problem, a muscle spasm, or arthritic or degenerative changes in the joint itself.

TINNITUS– Tinnitus is most commonly referred to as ‘ringing in the ears’ and can be defined as the conscious experience of noise with no apparent external source.  Tinnitus can vary in the way it sounds, its severity, as well as its annoyance. Ringing, chirping, or even clicking sounds may occur a few times a month or many times in one day; for a few moments or hours; or can even be constant.

TOMOGRAPH– A special type of x-ray which shows “slices” of sections of bone, thereby allowing a more detailed evaluation of the structure than could be obtained with plain film x-rays.

TRIGEMINAL NEURALGIA– A painful condition that generally affects the face unilaterally (one side). Characterized by brief shock-like pain that can occur without stimulus. Pain is usually brief and severe and does not cross to the opposite side. However, 3 to 5 percent of patients may be affected bilaterally.

TRIGGER POINT– A trigger point is simply a small contraction knot in muscle. This knot feels like a pea buried deep in the muscle, and can feel as big as a thumb.

TRIGGER POINT INJECTION– The use of local anesthetics and other medications to bring about healing of painful muscles and other structures. The pain from these areas is commonly felt at distant sites. (referred pain).