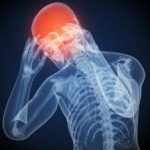 referred pain  re·ferred pain (r?-fûrd’)    n.  Pain that is felt in a part of the body at a distance from its area of origin.

Do you have any of the following symptoms?

Did you know that approximately 20% of the input to the brain comes from the spinal column? The other 80% comes from 12 sets of cranial nerves that control taste, smell, hearing, vision, inner ear function as well as autonomic control of the organs ( not under voluntary control)  and blood vessels of the body. Out of that 80%, more than half of the input to our brain comes as a result of the 3 branches of the trigeminal nerve. The 3 branches are involved with these functions:

It is easy to understand when looking at the two lists above how referred pain or symptoms can occur.

The temporomandibular joint has a close association with the trigeminal nerve, and because symptoms of TMJ disorder frequently are referred to surrounding structures instead of the actual joint they may not be associated with the condition. (such as… feeling like you have an ear infection, but the ENT can’t find anything wrong with your ears, and it never occurs to him/her that it may be TMD)  This is why TMJ Disorder is often called “The great impostor” 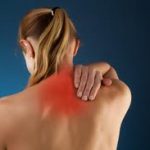 There is another source of referred pain from the jaw, and that is a trigger point. A trigger point is an abnormally sensitive spot on a muscle that goes into spasm. In a normal muscle, the fibers contract and relax causing the blood to flow through. In a trigger point the muscle stays contracted leading to a lower blood supply, which in turn causes the tissue to have less oxygen and an accumulation of waste. Trigger points can create referred pain to the muscles of the face and neck as well as surrounding muscles, making it difficult to pinpoint where the pain is originating from.

Do you have referred pain? If so, what helps you?