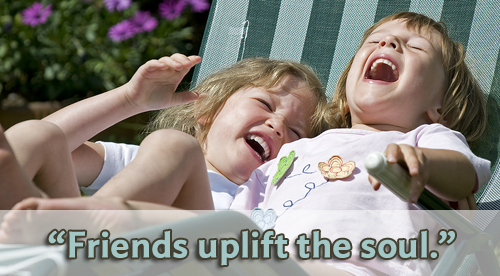 Living with TMJ Disorder: The Magical Powers of Friendship

Stacy’s Note: This is the first in a series of posts written by a close friend of mine and long-time volunteer of TMJ Hope’s, Nicole (who some of you may know from the forum).  Nicole is a TMJ disorder & chronic pain patient, and she’ll… Read More »Living with TMJ Disorder: The Magical Powers of Friendship

You may want to sit down, grab a cup of coffee or a smoothie 😉 and maybe even take some notes. This is one of the most important blog posts that you have ever read about TMJ disorder research. I’m excited to be writing about… Read More »Major Research Update – The OPPERA Study: The Largest TMJ Disorder Study To Date 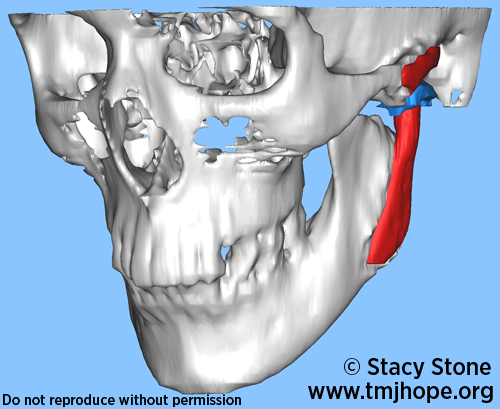 With 10+ years behind me, I thought I’d post some thoughts on what it has been like, and most importantly, what I’ve learned, in the hopes that you could skip ahead a few years by applying these tips to your life. I’ve been through pretty… Read More »5 Life Lessons I’ve Learned From Thousands of TMJ Disorder Patients

With over 350,000 applications available on the iTunes App Store, and thousands in the health and medical categories, it can be overwhelming to decide which ones to try. We’ve gone through hundreds and found our favorite applications for chronic pain and TMJ disorder patients.

This comes in a free trial version (Lite) and a more robust version ($14.99).
Features:

As I have said before, I think it is very important that you learn to notice trends in your health so that you can report changes to your medical team. This app could definitely help you keep track of useful information both for you & your medical team.

Our weekly round-up is back! Here is the health & pain news for the past couple weeks. We’ll be back next week with a special TMJ disorder only news edition! Ohm… researchers at the Wake Forest Baptist Center find that clearing your mind can help… Read More »Health & Chronic Pain News Round-Up

How to Cope With TMJ Disorder, Depression, & Chronic Pain

In recent years the connection between depression and chronic pain has been studied heavily. Most of us realize that there is a link between the body and mind, and that they are closely tied together with each affecting the other.

The National Institute of Health (NIH) defines depression as:[quote style=”boxed”]A serious medical condition that involves the body, mood, and thoughts. It affects the way a person eats and sleeps, the way one feels about oneself, and the way one thinks about things.[/quote]

Chronic pain is often defined as: [quote style=”boxed”]Pain that extends beyond the expected period of healing.[/quote] Some believe that period is 6 months, while others say 12 months.

One thing is for sure…. there is often little sympathy, because most people don’t “get it.” Chronic pain is misunderstood, and often times carries a stigma. My husband recently had several stitches in his head and people could see them, so they could relate to his pain. TMJ disorder is invisible and nobody can see the pain…..does that make it less real?

There really is no way to tell how much pain a person has. No test can measure the intensity of it, it doesn’t show on imaging, and no instrument is able to locate it precisely. Don’t let anyone tell you your pain is not real.

[typography font=”Copse” size=”24″ size_format=”px” color=”#d27362″]Depression is one of the most common issues facing people who have chronic pain.[/typography]

If you’ve been a part of a pain support group, Facebook page, or have read a blog by a chronic pain patient, you have probably seen comments discussing the weather and pain. Here at TMJ Hope, our Facebook page frequently contains comments from patients who are going through a rough flare-up, and many times they mention the weather being a factor. So we wondered…. does weather really make jaw pain worse? or is it just an old wive’s tale? Here is what we found…

559 chronic pain patients in four cities were surveyed by Dr. Robert N. Jamison and colleagues at Brigham and Women’s hospital in Boston. The findings revealed that “weather affects pain no matter where people live”. Dr. Jamison said, “the findings suggest that our bodies adjust to local climate and when changes happen in that climate, we react to them with an increase in pain.”  He went on to further explain, “If you spend two weeks in Florida sipping pina coladas, you may feel a lot less pain than you did shoveling snow at home in Boston. But if you move to Florida, and your body adjusts to that climate, when the temperature drops, you may hurt just as much as you did when the weather changed in Boston.”

The take home here is that, possibly, instead of searching for a warm dry climate (like we’ve always thought), you should instead stay where you are (since your body has already adjusted) or look for an area that has a constant climate – one that does not change often.

This week on TMJ Hope, we had several important posts worth highlighting:

First, we asked you if you would like to participate in our Patient Panel, to review TMJD related products & get sneak peaks of TMJ Hope’s new features (there is still time to enter if you haven’t already!). Also on Monday, the FDA published a press release discussing their new postmarket surveillance study for TMJ implants. Very important news if you are a surgical patient.
Yesterday, we put up a poll asking if you felt that weather affected your jaw pain. We’ll be publishing the results next week, so make sure you answer it if you haven’t already!Read More »February 7-11 Weekly News Round-Up

If you’re anything like me, one of the things that I find the most frustrating about having TMJ disorder (or any chronic pain condition, really) is the instability of it… Often, the pain is not steady or stable, and it is hard to know how I am going to feel from one day to the next. This can be incredibly frustrating! Not just for us as patients, but also for our loved ones. It can be difficult to make plans, not knowing how we will feel.
I remember sitting on my couch one afternoon after a particularly rough flare-up, trying to run through the damage it had done…. what appointments did I need to reschedule because I missed them… which friends did I need to call to apologize for being absent from a get together… etc…
I was totally sick of it! And I had enough… so, I started to devise a plan to take control of my health rather than having it take control of me!

I’d like to share some of my plan with you today, and I want to hear what you do to manage flare-ups! If we share tips, I’m sure that together we can come up with some great stuff!Read More »Managing a Pain Flare Up – Free Pain Journal Download!