Myths and Facts About Pain 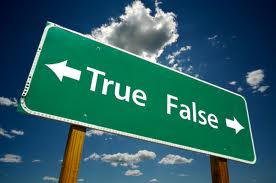 Fact: When taken as directed, prescription pain medications rarely cause addiction. However, as with many drugs, your body can become physically dependent on pain medication. Although this doesn’t mean you’re addicted, you may have withdrawal symptoms if you stop the drug abruptly. It’s an expected response when a prescription pain drug is used for more than a few days. Your doctor can help you stop safely.

Fact: Your Attitude Can Affect Pain

Dwelling on your pain can make it feel worse. “Those who focus on their pain tend to do poorly compared with those who have a proactive attitude and try to find ways to cope with their pain,” says Roger Chou, MD, associate professor of medicine at Oregon Health and Science University. Pain can lead to depression and anxiety, which can then make pain worse. Consider counseling to help cope with your pain.

Myth: If Pain Can’t Be Found, It’s Not Real

Fact: “Just because you can’t find the exact source of someone’s pain doesn’t mean they don’t feel it,” says John F. Dombrowski, MD, a Washington, D.C. pain specialist. No test can measure the intensity of pain, no imaging device can show pain, and no instrument can locate pain precisely. This doesn’t mean pain can’t be treated. “We don’t need to know the exact cause of the pain to try to make it feel better.”

Women point to childbirth as proof of their greater pain capacity, and some science backs this up. Women and men tolerate pain differently. Women use more coping mechanisms to deal with pain. They seek treatment more quickly and tend to recover from pain faster than men. But experts say pain is such an individual experience that it’s hard to compare one person’s pain to another’s.

If your joint pain gets worse when it’s cold or raining, it’s not your imagination. Although studies have shown mixed results, changes in barometric pressure can cause some people — especially people with arthritis — to have increased pain in their joints. Experts think this is because the change in barometric pressure affects joint pressure.

You know when you are in pain….and someday scientists will be able to grasp how pain works and why, enabling them to help you more.   The American Academy of Pain Medicine defines pain as “an unpleasant sensation and emotional response to that sensation.” Some pain is the result of an obvious injury. Other times, it is caused by damaged nerves that are not so easy to pinpoint. “Pain is complex and defies our ability to establish a clear definition,” says Kathryn Weiner, director of the American Academy of Pain Management. “Pain is far more than neural transmission and sensory transduction. Pain is a complex mixture of emotions, culture, experience, spirit and sensation.”

We often hear of studies done on animals, and wonder how they affect us, what do we have in common with a rat?  Animal research could offer clues to eventually relieve human suffering. Take the naked mole rat, a hairless and nearly blind subterranean creature. A study this year found it feels neither the pain of acid nor the sting of chili peppers. If researchers can figure out why, they might be on the road to new sorts of painkilling therapies for humans. In 2006, scientists found a pathway for the transmission of chronic pain in rats that they hope will translate into better understanding of human chronic pain. Lobsters feel no pain, even when boiled, scientists said in a 2005 report that is just one more salvo in a long-running debate.

Fact:  Have you ever been to a doctor who made you feel that you were to blame for a treatment failing?  In a  recent research report it was stated that Chronic pain is “grossly under-treated” in over 50% of cases.  A recent survey showed that  50% of chronic pain patients had inadequate pain relief and had considered suicide to escape their pain. Pain management is an area of medicine that is in a state of crisis.There are a number of reasons for this, including cultural, historical and scientific factors. For example, pain management is a relatively new specialty, it was not even taught at many medical schools until recently. Many people still dismiss pain that is not accompanied by an obvious physical injury. It bears repeating that if you have excessive pain, you must take responsibility for communicating any problems to your doctor – sometimes in spite of assurances that “we’ve done everything we can..”

Myth: All pain medicines are the same.

Fact: When we think about the term “painkiller”, narcotics such as opiates generally come to mind. However, there are many different kinds of drugs that can be used to treat and manage pain such as antidepressants and anticonvulsants.

2 thoughts on “Myths and Facts About Pain”